If you find these articles interesting, please sign up for our newsletters and get up-to-date medical and beauty news and promotions. 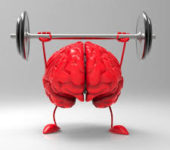 According to a study by the BMJ, people who have good cardiovascular health at age 50 are less likely to develop dementia later in life. The study found that those participants who had scored “poor” on the original test at aged 50 were almost two times more likely than those with “intermediate” scores, and almost three times more likely than those with “optimal” scores, to have developed dementia 25 years later. Read More.

The lifestyle here on the Costa Blanca lends itself perfectly for a more social lifestyle, with cheaper drinks and more time on your hands (for those lucky to be retired!) and often a tightly knit ex-pat community. However, drinking more than you did back in the UK is having a negative effect on your health, despite eating all those fresh fruits and veggies… Health professionals are seeing more problems relating to alcohol consumption. Read More. 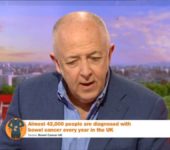 BBC journalist Jeremy Bowen has revealed he has bowel cancer after he underwent a test, despite showing no symptoms of the illness. He decided to go public with his bowel cancer diagnosis because if it helps others “it’s time well spent”. Read More. 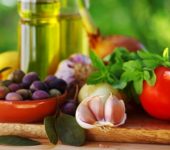 Is Spain really the healthiest country in the world? (Feb 19)

According to the 2019 Bloomberg Healthiest Country Index Spain is the healthiest country in the world (out of 169 countries). The index grades nations based on variables including life expectancy while imposing penalties on risks such as tobacco use and obesity. It also takes into consideration environmental factors including access to clean water and sanitation. However, many recent statistics on healthy eating and smoking habits seem to disagree with this study. Obesity and smoking have risen and government officials are concerned. Read More.

It is now ten years on from the publicised illness and death of Jade Goody. In her final months she was seen to be actively promoting cervical screening for young women and thanks to her tenacity, Public Health England saw a rise of nearly half a million women going for their screening. But screening rates are at the lowest for 21 years. Read More.

The Clínica Universidad de Navarra and the Gregorio Marañón University General Hospital have started to treat five people, within the context of a clinical trial, with the anti-tumour drug BO-112, which can be considered the first immunotherapy developed entirely in Spain. Read More. 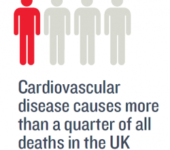 115,000 cases of cardiovascular disease in England could be prevented with early detection (Dec 18)

According to new statistics from the British Heart Foundation (BHF), an estimated 115,000 cases of heart and circulatory disease could be prevented over the next decade in England with improvement in detection and management of high blood pressure. Read More. 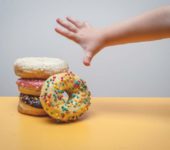 Data from Diabetes UK have shown that more children and young adults are living with type 2 diabetes that previously thought. Read More.

NHS staff who refuse flu vaccine could be redeployed (Nov 18)

Healthcare staff working in high-risk clinical areas who refuse to get the influenza vaccine this winter could be redeployed to other services, the NHS has warned. Read More.

Warning over alarming spread of Lyme disease in Europe (Nov 18)

Members of the European Parliament (MEPs) have called for urgent action to address the “alarming” spread of Lyme Disease (Lyme borreliosis) in Europe. Read More.

The Standing Committee of European Doctors (CPME) has called for changes to how alcohol products are labelled to help reduce alcohol-related harm. Read More.

Pancreatic cancer mortality rates in the European Union (EU) increased by 5 per cent between 1990 and 2016, a report by United European Gastroenterology (UEG) reveals. This is the highest increase in any of the EU’s top five cancer killers. Read More.

Medicine shortages are a “major problem” in European hospitals (Nov 18)

Findings from a new survey show European hospitals are experiencing significant medicine shortages, with more than nine in 10 respondents reporting shortages to be an issue in terms of delivering the best care to patients. Read More.

A new study which investigated the link between dietary anthocyanin, the red-pigmented flavonoids found in berries, and cardiovascular disease (CVD) risk suggests that anthocyanins, and more specifically anthocyanidins, could reduce the risk of coronary heart disease (CHD) and CVD mortality. Read More

The adjuvanted trivalent inactivated influenza vaccine (aTIV) is available for the first time this year in the UK for those aged 65 and over. The vaccine has the potential to prevent deaths and significantly reduce the burden on the NHS, delegates at the recent Public Health England (PHE) conference heard. Read More.

Bullying and harassment in the NHS in England could be costing the organisation over £2 billion per year. (Nov 18)

According to new research published in the Public Money & Management. The study is the first comprehensive estimate of the financial costs of bullying and harassment in the NHS. It uses data from NHS Digital to gauge the impact of bullying on sickness absence, employee turnover, productivity, sickness presenteeism, and employment relations. Read More

A YouGov poll has found that one in five of UK adults are drinking above the Chief Medical Officer’s low risk drinking guidelines and more than two thirds of these say they would find cutting down on their drinking harder to do than one or more other lifestyle changes – improving their diet, exercising more, or even reducing their smoking, if they were smokers. Read More.